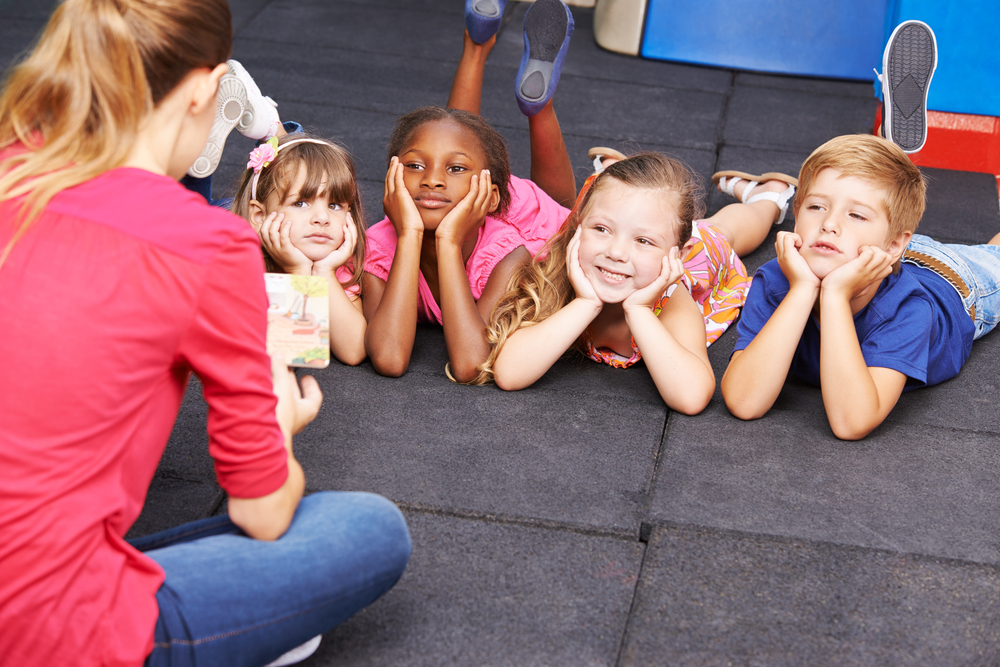 What gives a children’s picture book enduring appeal? As a writer, that’s a question I’ve been asking myself a lot lately. Of course, there’s a wealth of advice out there, much of it sage and sound, but applying it to create that elusive page-turning perennial bestseller is another matter.

Kids, particularly toddlers, are the toughest audience to please. Their attention span is very limited, they tend to be impatient and they’re easily bored. They’ll lose interest in a book very quickly unless they can relate to the characters and become immersed in its world. They’re not like grown-ups (well, some of us, anyway). They won’t persevere with a story in the hope that it’ll get better. Nor will they feel a sense of duty to finish what they started.

So, with this in mind, I thought back to those picture books that I remember from my childhood and those I read to my own children, who are both in their twenties now. Which were the ones that stood out for me and why? What has stayed with me over the years?

I’m well aware that this kind of list is bound to be personal. Hopefully, though, the reasons behind my choices will offer helpful insights to other writers as well as me. So, in no particular order, here goes …

The Three Little Pigs was the first book I bought for myself after saving up my pocket money. In some retellings of this classic fairy tale, there are no fatalities, but I had the 18-rated 1960s Ladybird version (by Vera Southgate, illustrated by Robert Lumley). It’s the one where the big bad wolf eats the first two little pigs when he blows down their flimsy houses. Then, after stalking their surviving sibling, he meets his grisly end by falling down the chimney into a cauldron of boiling water.

Although I have my doubts about sharing this particular version with young children today, I adored this book. My five-year-old self was both appalled and fascinated by the menacing wolf peering in the window. I cheered on the third little pig every time I read it as he led his nemesis a merry dance before the final reckoning.

I think children like to be a little scared sometimes, as long as it’s within the ‘safe’ boundaries of a fictional world. The wolf was a threat, but he was one that could be outwitted, scoffed at and eventually obliterated. The third little pig had a great time doing this and even fitted in a ride on a merry-go-round. There’s a life lesson in there, but, as in all the best stories, it doesn’t need to be spelt out.

Bunnikin’s Picnic Party (A. J. Macgregor and W. Pering) was another favourite of mine, and one that my children loved too. Told in rhyme, it’s about a family of young rabbits who go off for a picnic in the woods. It appears to be a much gentler story altogether, but it’s not without its tense moments. Apart from the usual brother–sister teasing, there’s a rumour of robbers, a near-drowning, an accident with scalding hot tea, and to cap it all, as it gets dark, the bunnies lose both their way and their youngest brother.

It shows that even a picnic can be an adventure, and despite the bickering, the bunnies look out for each other when there’s a crisis. Just like everyday family life, really.

The simple and soothing rhyme scheme and the old-fashioned charm of the pictures reassure you that all will be well in the end. And indeed it is, as with relief Mrs Bunny tucks the tired bunnies in their beds. A perfect ending to a favourite bedtime story.

When I told my daughter I was writing this blog, Old Bear (Jane Hissey) was the book that sprang to her mind immediately. It is the first in a series about the eponymous teddy and his cuddly friends. Old Bear has been exiled to the attic because the children were too rough with him. But they’re older now, so young bear Bramwell Brown, together with Rabbit, Duck and Little Bear, embark on a rescue mission.

Their failed attempts include bouncing on the bed (forbidden but so fun) and climbing a cheese plant (you can tell this was written in the mid-eighties). Eventually, the mission is accomplished with the help of a wooden aeroplane and handkerchief parachutes. Old Bear is reunited with his playroom pals, and they look forward to more good times ahead.

It’s easy to see the charm of this and the other Old Bear stories. Thanks to the richly detailed, almost tactile illustrations, the toys appear genuinely cuddly and look as though Granny either bought or made them. The toys are as creative as young children when it comes to problem-solving, and they show there are lots of adventures to be had with a bit of imagination, even indoors. Above all, the stories are about friendship, loyalty and having a great time together. I’m not surprised my daughter loved them so much.

‘On a dark dark hill in a dark dark town …’ Funnybones, along with other Janet and Allan Ahlberg classics such as Peepo! and Each Peach Pear Plum, was a firm favourite with my children even before they discovered the TV series. The distinctive illustrations, mostly with a black background and touches of bold colour to make the white skeletons and white text stand out, were definitely a big part of the attraction.

Most kids find skeletons hilarious and spooky at the same time, so the night-time antics of the big skeleton, the little skeleton and their pet dog skeleton as they go out looking for someone to frighten are going to be right up their (dark dark) street. The humorous high point for us was when the accident-prone dog bumps into a tree and ends up as a pile of bones. The skeletons attempt to reassemble him with increasingly comical results, even getting his head and tail the wrong way round (FOOW!). Delightfully surreal!

The Tiger Who Came to Tea by Judith Kerr was the second book that my daughter thought of when asked which stories she remembered from childhood. My son was (still is!) a big tiger fan, so he loved it – and it was one of my childhood favourites too.

What makes it so special? It’s dated in parts – kids these days are more familiar with online delivery drivers than the milkman or the grocer’s boy, and Mummy is just as likely as Daddy to be out at work and expecting supper on her return. But the arrival of this surprise visitor is as thrilling as ever. We know he’s coming, of course, because of the spoiler in the title, but Sophie and her mummy don’t. Kids do like to be ahead of the game sometimes.

Sophie and Mummy are the perfect hosts. They don’t object once as the tiger eats and drinks them out of house and home. As the text factually lists everything he consumes, the pictures tell us everything we need to know about this insatiable tiger with his endearing smile and Sophie’s obvious affection for him. The crisis (having nothing at all left for supper) is resolved in a most satisfactory manner. What child wouldn’t relish the excitement of popping a coat on over their pyjamas (or nightie!) and going out for some late-night junk food?

And although Sophie and Mummy buy a tin of Tiger Food the next day, just in case, the tiger never comes back. To me, this is a story of how the most ordinary day can be turned upside-down by the unexpected, and how ordinariness, celebrated in the details in both drawings and text, is also special in its own way. That is timeless indeed!