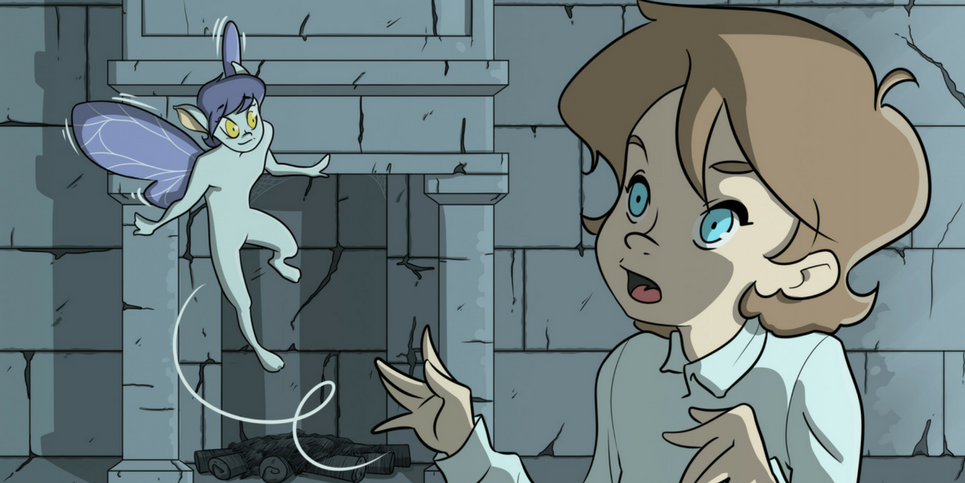 This engaging chapter book will help children improve their reading skills in more ways than one. In an opening not unlike Alice in Wonderland, Sara dozes off while listening to her mother reading Peter Pan. Having just told her mother that she should like to live with fairies (because, like her, they don’t care for rules), she finds herself trapped in an unfamiliar and sometimes scary world.

Guarded by goblins, Sara and the other children who have been brought to castle Hofenzell are told by the dragon Julius that they will receive the very best education so that they can protect their new home. But their teacher, a magnificent fiery-feathered bird called Johanna, turns out to be rather fond of parroting rules and less than inspiring. During a daring but unsuccessful night-time bid for freedom, Sara meets a pooka, a kind of fairy, who tells her that there are books in the library from which she can learn how to escape.

There’s just one problem – Sara can’t read. Johanna’s method of sounding out each letter just confuses Sara even more. After the lesson ends in disaster, Sara despairs of ever mastering the mysterious art (and therefore getting back home). But help is at hand! Her new friend, the pooka, shows her some magic and an exciting new way to learn to read. It shouldn’t be long before she’s home…

Interwoven with this delightful story are tips on how to learn to read using Engaged Aided Reading (EAR), which is designed to help children read easily and fluently. There’s a helpful explanation of the practice at the end of the book for adults, too.

The first in a series, this book will appeal to young imaginations and show that learning to read doesn’t have to be a chore.